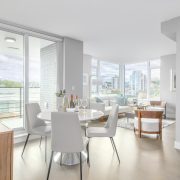 An article about the investment climate in Vancouver …

• Vancouver (3), Toronto (4) and Calgary (5) were all in the top five most liveable cities, according to the Economist Intelligence Unit’s Global Liveability Ranking, 2015

• Canada ranked as the world’s ninth least-corrupt country on the Corruption Perceptions Index, 2015

• Ranked as the 12th most innovative country on the Bloomberg Innovation Index, which assesses countries based on R&D, manufacturing, technology, education and patents

Full article from The Province can be found here.